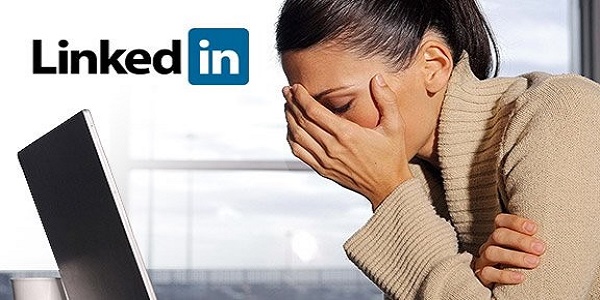 7 Mistakes To Avoid On Linkedin

In today’s post I’m going to share with you seven LinkedIn mistakes that people make way too often. There’s no question that over the last few years LinkedIn has taken off and for good reason.

They’ve made all the right changes to their algorithm, into their feed and that increases the amount of people who are sharing quality content.

As a result more people are spending more time on LinkedIn and that means more time equals more opportunities for marketers like myself to connect with their target audience.

Since they made these changes I’ve been all-in on LinkedIn. I’ve been spending more time putting up posts, more time distributing my content there because there’s more time being spent on it by other people who I want to connect with.

Over this time I’ve been able to reach thousands of people from all over the world and in this post my hope is to share with you some of the mistakes that I still see people making and ultimately the mistakes that are holding them back from achieving success on LinkedIn.

Fill Out Your Profile

Mistake number one is people are still not filling out their profile in full. You need to ensure that you have a profile photo, have an About Us section, your title is there and jobs that you’ve had at least over the last five years are listed as well.

Show people what you’re all about, people want to see that they’re connecting with a human not an avatar but it doesn’t end with your profile pic.

Make sure that you’ve updated what school you went to, what jobs you’ve worked at in the past, all of this information will help past colleagues and past alumni find you and identify you.

Mistake number two is don’t always ask for things. A lot of people go on LinkedIn with one goal, I need to ask people to share my content, asking for a comment on my content to leave me a recommendation don’t be about that.

Recognize that the Internet is filled with karma, if you add great value to the feed of those who are connected to you, you will get value back. Before you request that people share your content take the time to create content that’s so good they have no choice but to share it.

The third most common mistake that I see on LinkedIn is people trying to make connections with everyone. I’m talking they want to be connected to the baby center, to the mailman, to the doctor, to the dentist.

I get it, connections matter on LinkedIn, the more connections that you have the more people that you potentially could reach but everybody recognizes when a person is reaching out just to boost their numbers.

Don’t be that person! If you’re gonna send a request to someone make sure that there’s a reason why you’re sending that request.

Would you ever say that to somebody face-to-face, probably not, so why are you sending it to someone in a message on LinkedIn. instead be personal, be human.

Don’t Be a Lion

Mistake number five is don’t call yourself a lion. If you’re not familiar with what a lion is here’s the description. A lion is a member of a professional social networking site that encourages connections from any member by publicly declaring that they are open networkers.

In other words they are open to connect with anyone who sends an invitation to them. The new LinkedIn is already open, it’s pretty much an open network so you don’t need to send requests to everybody.

If you believe in an open network how about you just create content that’s of value and then hope that it reaches the right people. The lion concept, the lion philosophy is dead.

It’s Not a Dating Site

Mistake number six is thinking that LinkedIn is Plenty of Fish or Tinder. I really wish that this didn’t have to be said but people are actually using LinkedIn as if it’s some type of dating service.

You don’t need to slide into somebody’s messages on LinkedIn trying to be all flirtatious and pretty much just being creepy. You need to treat people on LinkedIn like you would if you are at a professional business event, with respect and boundaries.

The seventh mistake that I most frequently see on LinkedIn is people sending a pitch as soon as you accept their invitation requests. I don’t know if you’re using an app to do this or whatever but some of y’all are really quick with sending out that pitch.

7 Mistakes To Avoid On Linkedin – Conclusion

If you’re like me and you’ve been following the latest changes in trends surrounding LinkedIn then there’s no question that you’re probably excited about it.

I am pumped about where this platform is going, where the channel is going and where the opportunities that are coming out of LinkedIn currently look like.

I really hope that in this post I was able to share with you some insights that will help you not make the mistakes that so many people are still making today on this platform.

So there you have it, those are the seven mistakes that I still see people making in 2020 on LinkedIn. If there’s any mistake that I missed please comment below and share it.

I’d love to hear what you think about my tips so please let me know in the comments below. If you get a chance check out some of my other posts that will help shorten your learning curve.